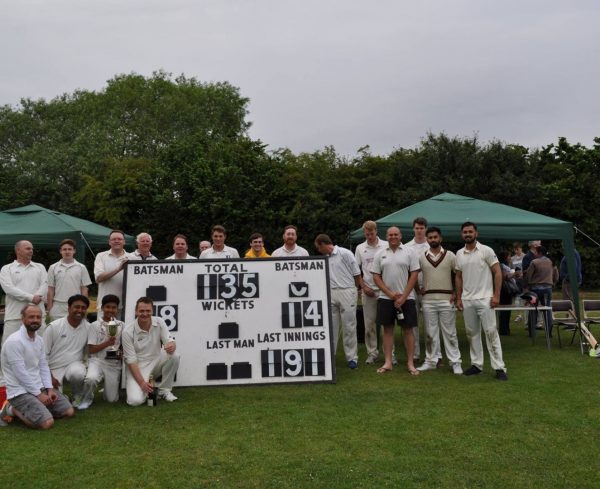 Despite some early evening drizzle, there was a great evening of cricket played in the Armstrong Cup, the annual T20 cricket match between the Head’s XI and the Governors XI. Andrew Wilson won the toss and invited the Governors to bat first and they scored 191 in their 20 overs. Despite a gallant 81 from Man of the Match, Tim Parker, the Head’s XI made only 135 as the Head’s XI battled bravely in defeat. Chair of Governors and captain of the winning team, Chris Neave, paid tribute to the opposition and the excellent sportsmanship on show.