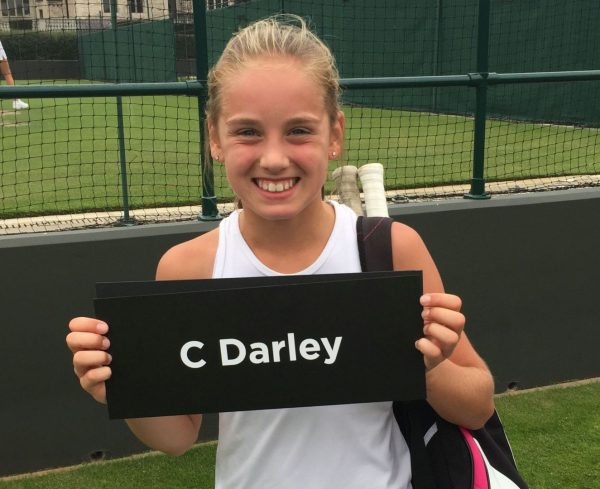 A Teesside High School student has been selected to be a ‘Ball Kid’ for the 2016 Barclays ATP World Tour Finals.
Cheri Darley, a rising star in the tennis world and winner of the U14 Junior Doubles title at Wimbledon 2015, has been selected for the prestigious Barclays Ball Kid programme after taking part in a selection process attended by hundreds of young people across the UK.
Just 30 Ball Kids were chosen to support the players on court throughout the competition.
The 12 year old THS pupil will now play a key role in the Ball Kids ‘squad’ at the ATP Finals, something the organisers describe as “a tremendous achievement”. Cheri will attend a training Basecamp over half term before the competition starts in November.
Cheri said: “The selection process was extremely difficult; the organisers tested my fitness, ball handling skills and reactions to different situations. I was confident, but there were a lot of people there who were very good, too. I’m quite competitive, so I made sure I was prepared and gave it my best. We received an email a short time later and I was thrilled to be chosen, especially as the standard was so high!”
Andrew Wilson, Headteacher at Teesside High School, said: “We are extremely proud of Cheri for performing so well during the Ball Kid selection process and delighted to offer our ongoing support as she advances in her tennis career.”