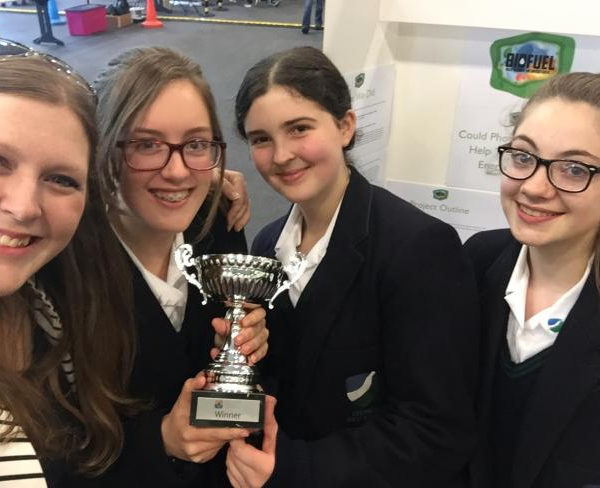 Three students from Teesside High School have been invited to meet renowned astronaut Major Tim Peake after impressing in a recent Science competition.

Year 9 pupils Hannah Foster, Gabriella Bell and Jenni Lee-Orlopp were crowned winners of the Application of Science Award at the Tees Valley Big Bang Fair at Teesside University in June.

The girls were subsequently invited to attend the competition’s National Finals in Birmingham in March 2017.

In the meantime, the group received an invitation to present a display at the Principia Schools Conference in York in November; a UK Space Agency event dedicated to sharing outstanding projects based on Major Peake’s Principia mission.

The girls will present their work on photobioreactors and what they have discovered about algae growth. It is expected Major Peake will speak to the students about how the project ties into his mission.

Katie Ward, Physics teacher at Teesside High School said: “Hannah, Gabriella and Jenni have shown tremendous dedication to their Physics classes, going above and beyond to develop their project which was so highly commended at the Big Bang Fair earlier this year.

“We are thrilled to have been invited to take part in the Principia conference, having closely followed Major Peake’s mission through space last year. The girls are looking forward to developing their knowledge in this field and meeting the man himself!”