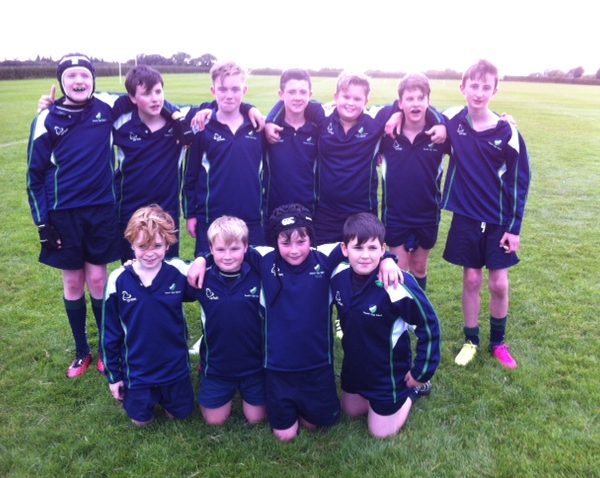 Following the success of our U12 team at their tournament on Monday evening, the U13’s went one better by winning all three games in a similar competition on Tuesday.  The boys opened with a 20 points to 5 victory over Redhouse, followed it up with a 25 points to 5 success over a Yarm B team and then won an exciting decider against Polam by 10 points to 5.
It was a great team effort, all boys contributing during a most enjoyable rugby evening.
Calum was our leading scorer running powerfully in all games and was well supported with fine try’s from Marcus, Euan, Issac and Josh.  Playing a year below their age group Max, George T and George K showed their huge promise without outstanding displays.  Harry had without question his best game for the school with George H and Austin also contributing to the success of the team.
Mr J Still