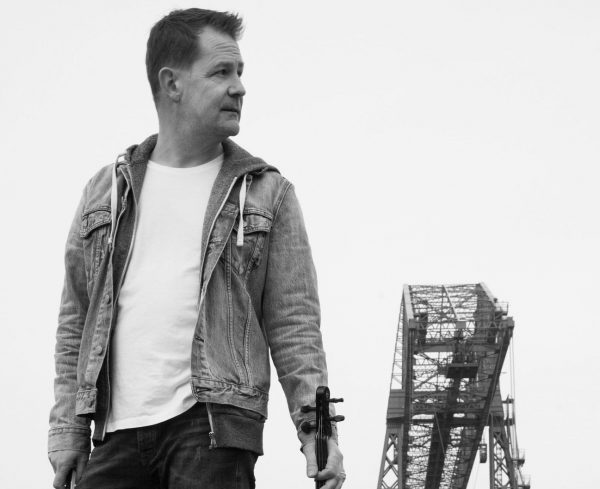 We are delighted to announce the guest speaker for our 2016 Speech Day will be Mr Mike McGrother.

Mr McGrother is one of Teesside’s most prominent community activists. He works with passion and energy to create opportunities and contexts for others to come together, be that through events, festivals, training programmes, choirs or through his worldwide performances with The Wildcats of Kilkenny . Mike has an extraordinary ability to engage and inspire and has, as a result worked with thousands of people of all ages, creeds and backgrounds.
Named as one of Britain’s ‘points of light in young peoples lives’ by then Prime Minister, David Cameron, in 2015, Mike believes in potential and positivity: that of the region; of the community and of individuals. Whether it is leading mass participation projects such as #theloudestwhisper to combat the ‘uninivited’ tactics of Benefits Street producers; commemorating the 1245 ‘Sunflower’ soldiers of World War I; leading walks that break down the stigma of mental health and addiction; championing the cause of children and young people or breaking down barriers between faiths and cultures.
Mike has been recognised locally through the Gazette Community Champion’s ‘Ambassador’ Award and Stockton Mayor’s Civic Award for Services to the Community as well as nationally by the Association of Public Service Employers for his work heading up the PSST! Positive Stockton Campaign. This year, Mike has been working alongside the Finlay Cooper Fund to inspire young people and children to be ‘dragonflies’ and light up their community, respect their heritage and raise their aspirations. He did so by mirroring the life of his own Irish ancestors and walking from Ireland to Teesside armed with his fiddle, guitar and a pub table – a nod to his grandad’s stage in the clubs and pubs of early 20th Century Port Clarence.
Singer, storyteller, songwriter and social ‘Dragonfly’, Mike describes his life as an ‘extraordinary day to day learning curve’. He lives in Stockton with his wife Helen and two daughters, Rosie, 10, and Martha, 7.
We look forward to Mike joining us for this very special occasion.