A Year 7 student at Teesside High School has been presented with Blue Peter’s highest award following her exceptional charitable endeavours.

Holly, from Stockton, received a Gold Blue Peter badge following a nomination from her grandmother. Holly has been raising money for good causes since she was six, and last year, during the Covid-19 pandemic, she organised and created a unique ‘Dollovision’ song contest to raise money for NHS Charities Together.

The Gold badge is the rarest of all Blue Peter badges with only a small number being awarded each year to people who have accomplished amazing things. Other 2021 recipients include footballer Marcus Rashford and environmental activist Greta Thunberg.

Holly, 12, wrote and performed all 41 of the songs in Dollovision and created videos for the seven finalists using her dolls and excellent stop motion animation skills. In the past, Holly has also organised sweepstakes for local charities such as the Butterwick Hospice.

As part of her prize, Holly was surprised by Blue Peter presenter Lindsey Russell, and the show’s team shared video messages of congratulations from TV presenter Rylan Clark-Neal and members of the 2020 Strictly Come Dancing cast. 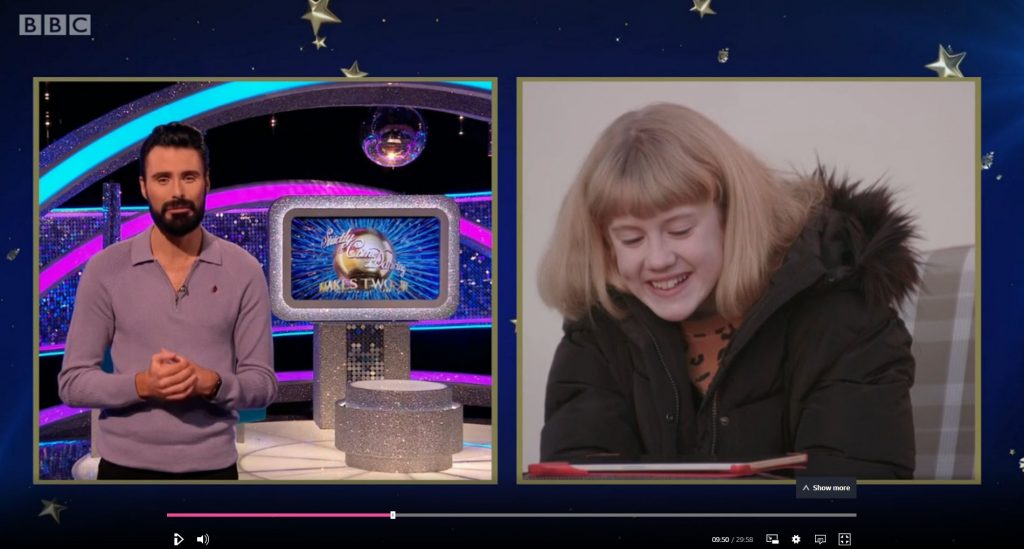 A Strictly super fan, Holly was overwhelmed when she was then taken to Blackpool’s Madame Tussauds to see the Strictly Come Dancing waxworks. During her visit, one of the models came to life – professional dancer Amy Dowden was there to give her a cha cha cha masterclass!

Holly said: “It’s been such an honour to be awarded the Gold badge and the best experience of my life.”

Holly’s mum, Jill, said: “We are all so incredibly proud of Holly and her continued determination to raise money for those in need.”

Kirsty Mackenzie, Head at Teesside High School, said: “Dollovision was one of the stand-out moments of the 2020 lockdown – seeing Holly quietly working hard on a project which would then raise money for a cause so close to all of our hearts. We could not be more proud of her.

“Holly’s generosity of spirit has shone throughout her time at Teesside High School and I speak on behalf of all of the THS family when I send Holly my heartfelt congratulations for such an incredible achievement.”