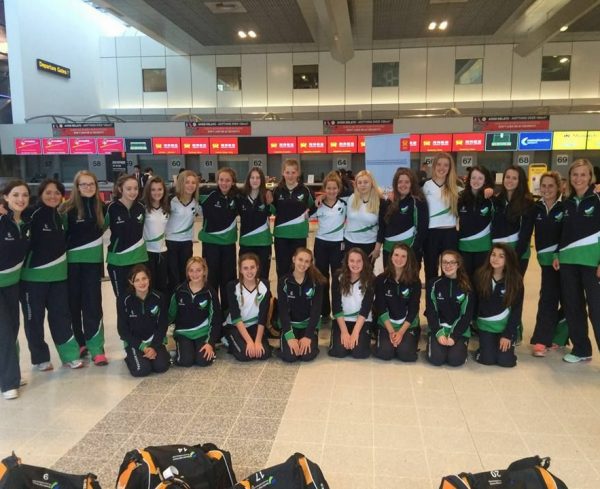 Teesside High takes on teams in the Caribbean

A group of 22 students have returned from an unforgettable sporting tour of the Caribbean.
The Year 7-11 students travelled to Barbados and St. Lucia to take on teams in a series of girls hockey and netball matches over ten days.
The group kicked off the tour with hockey games against U13 Yellow Birds (L 3-0) and U16 Empire teams (W 2-4), before beating U13 Combermere 0-9 the following day in the searing heat. Our U16s also ground out a result against extremely strong Combermere opponents, eventually winning with just one minute of play remaining.
The netball matches started after a short flight to St. Lucia. The opponents proved to be of the highest standard and despite giving it their very best, two teams were beaten and one team had to compete hard to earn a fair draw. The next three games, against Sulphur City, provided a full set of ‘win, lose and draw’ for Team THS, with our C team showing improvement and more determination in their game, our B team coming close and our A team proving dominant, winning their game 8-16.
The teams spent their downtime enjoying island safaris, catamaran tours, carnival parades, afternoons at the beach and evenings spent sampling beautiful Caribbean cuisine, including seafood cerviche, conch chowder, mahi mahi and coconut shrimp.
To read the students’ Sport Tour blog, please click here.