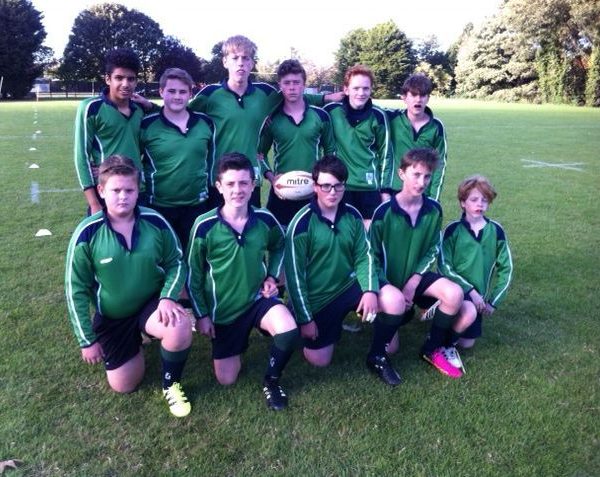 Our Under 14 team rounded off a great week of rugby for Teesside High School.
Following the success earlier in the week, our Year 8s and 9s defeated Red House 60 points to 15.  Skipper Toby  darted over for two early tries before Red House replied with an early try of their own.  Toby continued to have a great influence on the game and his dangerous running and passing led to more tries from the ever improving Calum.  Following another Red House reply, Toby himself added two further tries and some lovely passing set up Lakhveir for the first of his four.  Red House started the second half strongly but excellent defence kept them at bay before the Teesside boys added to their tally with an excellent score from the strong running Alfie.  Excellent handling produced further scores for Toby and Lakhveir and the side can look forward with confidence to the next fixture away at Newcastle School for Boys.
It was another great team effort with the pack of Issac, newcomer Ben, George, Josh and Alfie providing excellent ball for the running backs. Toby and Calum had excellent games and were well supported by Gregor, Harry and Austin.