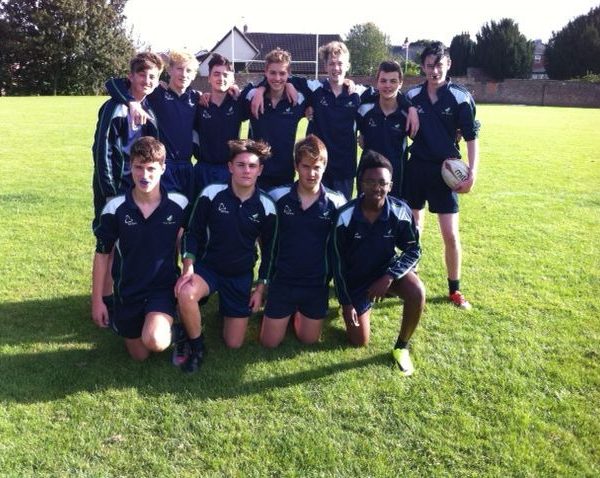 In a busy week of rugby it was the turn of our U16s to play their opening fixture away at Red House on Wednesday evening.
Against a strong side, THS started well and opened the scoring with an excellent try from Brandon.  Teesside tried at all times to move the ball but the opposition was strong and soon hit back with three tries making the half time score 15-5.  Red House kept up the pressure at the start of the second half but the the Teesside tackling was superb with Henri organising the defence well.  A break mid way through the second half led to a fine try by Joe, who unfortunately had to leave the field later with a leg injury.  Red House were able to capitalise on this and scored more in the second period but the Teesside boys refused to give up and Max scored another excellent try towards the end leaving the final score Red House 35 – Teesside High 15.  Everybody played exceptionally well with the pack of Ned, James, Elliott, Joe and Owen competing really well against a strong Red House unit.  The Teesside backs never shirked a tackle with Callum outstanding at scrum half.  Max and Henri led the back line well with Josh, Alex and Brandon all putting in fine performances.
Well done boys.